Passengers, please note, the food change in the train is 'Jugaad'

Keeping in mind the corona virus epidemic, Indian Railways is now going to make a major reshuffle in the rail journey. According to a report, the railway is now planning to replace the third AC coach by replacing pantry cars in the railway journey. 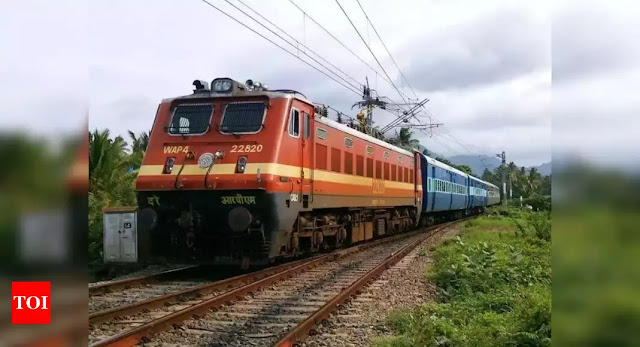 Pantry cars will be removed from 300 trains

IRCTC based kitchens to be built in trains

Passengers will be given the option of e-catering

Keeping in mind the corona virus epidemic, Indian Railways is now going to make a big change in rail travel. According to a report, the railway is now planning to replace the third AC coach by replacing pantry cars in the railway journey. Let me tell you that while traveling in the special train of Indian Railways, neither food is being served nor passengers are being given a sheet and pillow to cover. It is now reported that pantry cars will also be removed from trains.

The railway ministry is preparing to remove the pantry car in about 300 trains. Third AC coaches will be replaced in place of these pantry cars. This will increase the chances of passengers getting a confirmed seat. Also, earnings from railway passenger fare will also increase.

For information, let us tell you that every train in the railway has a compartment of a pantry car. Actually, it is the coach in which food is prepared for the passengers and they are served during the journey. However, food is not being provided to anyone on trains running during Kovid-19. In such a situation, the railway is preparing a separate system to provide food to the passengers.

It has been learned that IRCTC is running IRCTC based kitchens near major stations for railway catering to provide food to passengers during the journey. Through this, food will be made available in the trains from which the pantry car will be removed. Not only this, passengers will be given the option to order e-catering or online food in the train.

Railways will benefit from this step