The central government has taken a big decision regarding the decaying state-owned telecom companies BSNL and MTNL.

The central government has taken a big decision regarding the decaying state-owned telecom companies BSNL and MTNL. All Ministries, Government Departments and Public Sector Units (PSUs) i.e. public sector companies will be mandated to use the telecom services of Bharat Sanchar Nigam Limited (BSNL) and Mahanagar Telephone Nigam Limited (MTNL). This has been said in a memorandum issued by the Telecom Department (DoT).

Only connection of BSNL, MTNL is mandatory

This memorandum or memorandum has been sent to all the secretaries and departments on October 12, after consulting the finance ministry on behalf of the central government. This memorandum issued by the Telecom Department states that 'there is an appeal to all Ministries / Departments to make CPSEs / Central Autonomous Institutions compulsory for the needs of internet / broadband, landline and leased line of BSNL / MTNL network. Issue the necessary guidelines for use. 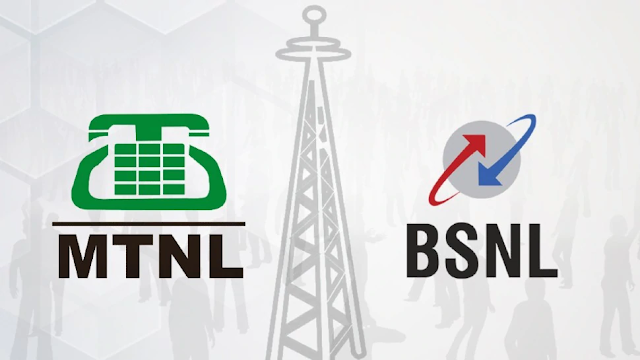 BSNL, MTNL are in loss

This decision of the central government is a relief news for both loss-making state-run BSNL and MTNL, which are constantly losing wireline subscribers. BSNL had a loss of Rs 15,500 crore in FY 2019-20, while MTNL had shown a loss of Rs 3,694 crore.

The state-run telecom company BSNL has raised Rs 8500 crore through sovereign guarantee bonds, which it will use in its network expansion and operational expenses. While MTNL was also approved to raise Rs 6500 crore through Sovereign Gold Bond in October 2019, although the company has not yet raised this amount.