Noida and Delhi Metro now travel with the same card, keeping in mind the Corona era

There was a chill between the Delhi and Noida Metro management on Wednesday to start the facility. During the online meeting, technical difficulties related to operating a card were discussed. 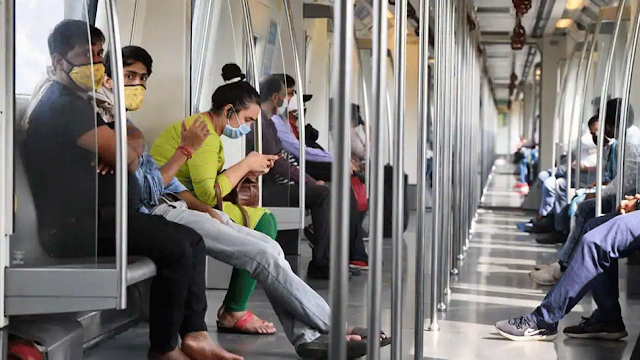 Freedom from worry in the metro journey

There will be many benefits from a single card

In the Corona era, an important decision related to the Metro service operation has increased and the expectation of implementing it soon. The imperative of different cards for travel in the Delhi Metro and Noida Metro is going to end in the coming period. With one card, the journey of Delhi Metro Rail Corporation Limited (DMRC) and Noida Metro Rail Corporation Limited (NMRC) will be possible. That is, the problem of having different cards for both corridors will be relieved.

For the introduction of this facility, there was a churn between Delhi and Noida Metro Management on Wednesday. During the online meeting, technical difficulties related to operating a card were discussed. It is believed that these problems will be solved soon. A few days later, there will be another meeting on this subject, after which the proposed time or date of implementation of the plan can be announced.

Side of noida metro management

According to NMRC officials, to use the same card to travel to both cities, the DMRC has to prepare itself and set up the necessary setup for this. Officials said that noida corridor has used better technology than Delhi Metro. Therefore, there is a need to update its working system by Delhi Metro. Apart from NMRC Executive Director Praveen Kumar Mishra, DMRC Director of Rolling Stock SS Joshi and many other officials attended the discussion.

There will be many benefits in the Corona era

In fact, with the Metro card of NMRC, tickets of bus and trains can be purchased along with traveling in the metro train, while shopping in the mall with these cords is also possible. That is, in the Corona period, due to the same master card of the metro now, people will not need to be put in line again and again, the decision will also ease the cradle of social distancing.