Mohammad Siraj did that in IPL, which no bowler has done in 13 years.

Mohammad Siraj has done the feat against KKR in a match played on Wednesday, which no other bowler in the 13-year history of IPL has been able to do. 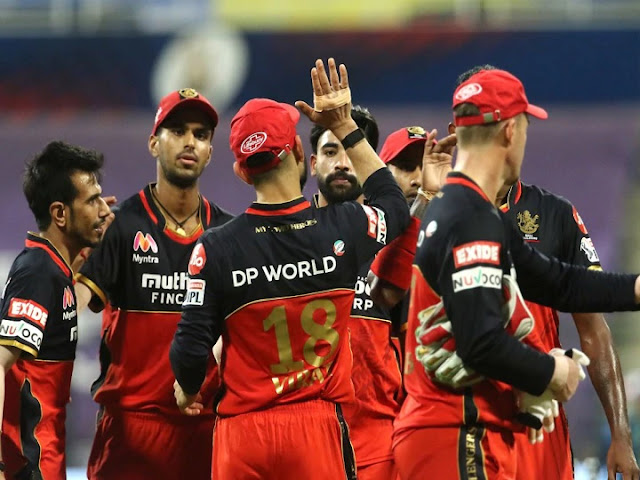 Mohammed Siraj has made history in Wednesday's match played in the 13th season of the Indian Premier League. Mohammad Siraj took three wickets for 8 runs in four against KKR. Siraj had two overs in four overs bowling. With this, Siraj became the first bowler in the history of IPL to bowl two overs in an innings.

In the 13-year history of IPL, no other bowler has been able to bowl two overs in a single innings. In the match against KKR, after Kohli lost the toss, Siraj was called for bowling in the second over. Siraj got Rahul Tripathi caught by de Villiers on the third ball of his first second. On the next ball, Siraj bowled Nitish Rana and took two consecutive wickets.

After this, Mohammad Siraj sent the dangerous looking Tom Benton back to the pavilion on the fourth ball of his second over and he did not get a single in his over. In the sixth over of the innings, Siraj did not allow a single run and he became the first bowler in IPL history to bowl two maiden overs in an innings.

In his first spell, Siraj spent two runs in three overs and took three wickets. Siraj was again called up by captain Kohli for bowling in the 19th over. Siraj, however, spent 6 runs in this over.

But Siraj took three wickets for just 8 runs in his four-over spell. Siraj was also given the Man of the Match award for his brilliant performance. Siraj attributed his performance to Captain Kohli.