Metro service will start in Mumbai from October 19, know the important rules of travel

There has been a tweet about the commencement of metro service from Mumbai Metro, in which the Maharashtra government has been thanked by Mumbai Metro for starting the Metro operations.

Permission to reopen all government and private libraries

The Metro service in Mumbai is going to start from Monday 19 October. Currently, Metro service will start from 8:30 am to 8:30 pm. At the same time, traveling with paper tickets, digital tickets and smart cards instead of plastic tokens.

In view of Coronavirus, it will be compulsory for travelers to wear masks and follow Social Distancing. At the same time, one seat will be allowed to sit between two passengers in the metro.

There has been a tweet about the commencement of metro service from Mumbai Metro, in which the Maharashtra government has been thanked by Mumbai Metro for starting the Metro operations.

Along with this, the tweet reads, 'We have started security inspections and trial runs and will start the operation of the metro for the passengers on Monday 19 October 2020, at 8.30 am.'

The Maharashtra government on Wednesday decided to allow metro trains to operate in Mumbai in a phased manner from October 19, as part of its campaign 'Begin Again'. Soon after the government's decision, Mumbai Metro One Private Limited (MMOPL), which operates the Versova-Andheri-Ghatkopar corridor in the metropolis, said that services suspended from March on this route would resume from October 19.

As per the guidelines issued here, the government also allowed the reopening of all government and private libraries from Thursday for which the Kovid-19 protocol would have to be followed.

For the purpose of reducing congestion, markets and shops will be allowed to open two additional hours by 9 pm. 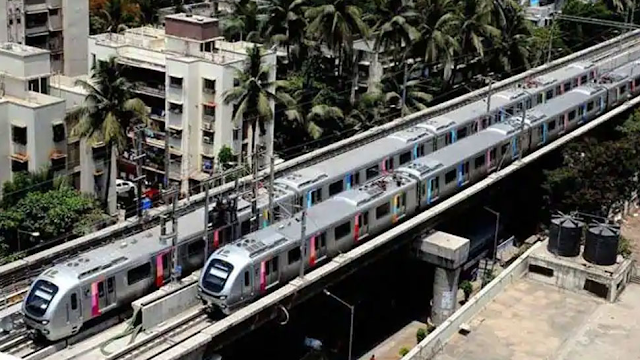 Decision to stop sealing with indelible ink after Kovid-19 investigation

The government has decided to stop sealing with indelible ink for domestic passengers arriving at various airports after the Kovid-19 investigation.

Similarly, checking of the health of passengers at railway stations and stamping them will also be stopped. The state government said that Metro Rail will be allowed to operate in a phased manner and for this the Standard Operating Procedure (SOP) will be issued by the Urban Development Department.

The guidelines said, 'The Urban Development Department will take into consideration the SOP issued by the Ministry of Housing and Urban Affairs for this.'

An MMOPL spokesperson said that they have received an official letter from the state government about starting metro services. MMOPL said on Twitter that the operation of the metro line between Versova-Andheri-Ghatkopar will start at 8.30 am on Monday. We have already started the safety inspection and trial run and are ready to resume passenger operations from Monday.