KXIP vs SRH: Kings XI Punjab lost the game due to the strong performance of the bowlers 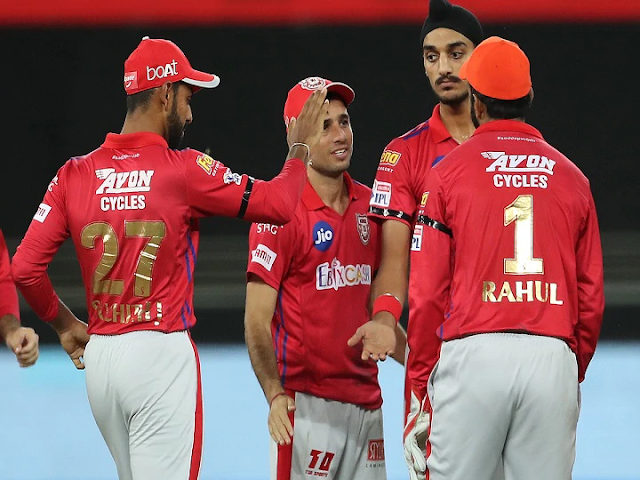 KXIP vs SRH: Kings XI Punjab defeated Sunrisers Hyderabad by 12 runs in 43rd match of IPL 2020. Punjab had scored only 126 runs in 20 overs after the first play. In response, Hyderabad were all out for 114 runs in 19.5 overs. Chris Jordan bowled brilliantly for Kings XI Punjab. He took three wickets for just 17 runs in his four overs.

Earlier, after losing the toss and coming to bat first, Kings XI Punjab started very well. Mandeep Singh was out after scoring 17 runs on the last ball of the 5th over, scoring 37 runs. Sandeep Sharma made him his victim.

From 6.5 overs to the 19th over, no Punjab batsman could make a boundary. During this time, Glenn Maxwell scored 12 runs in 13 balls, Deepak Hooda zero and Chris Jordan scored seven runs in 12 balls. Puran batted till the end. But he too could score only 32 not out from 27 balls. During this, he hit only two fours.

At the same time, Rashid Khan bowled once again for Sunrisers Hyderabad. He took two wickets for just 14 runs in his four overs. Apart from this, Jason Holder and Sandeep Sharma also got two successes.

After this, the team of Hyderabad got a stormy start by Johnny Bairstow and David Warner after chasing the target of 127 runs from Punjab. Both of them added 56 runs in 6.2 overs for the first wicket. Warner was out for 20 off 20 balls off Ravi Bishnoi.

The Hyderabad car slowed down as soon as Warner was out. After this, Bairstow also returned to the pavilion after scoring 19 runs in 20 balls. Manish Pandey 29 balls 15 runs and Vijay Shankar 27 balls 26 runs formed a slow partnership. But both of them could not do anything in front of the tight bowling of Punjab.

Punjab, losing four wickets for 100 runs, was all out for 114 runs. Four players could not even open the account after Shankar and Pandey were dismissed. Seven batsmen of Hyderabad could not even touch the figure of ten in front of Punjab's superb bowling.