According to the Karnataka State Tourism Development Corporation (KSTDC), the Golden Chariot is equipped with padded furniture, renovated rooms and bathrooms, new linen and cutlery. This luxury train also has a smart TV with Wi-Fi facility. 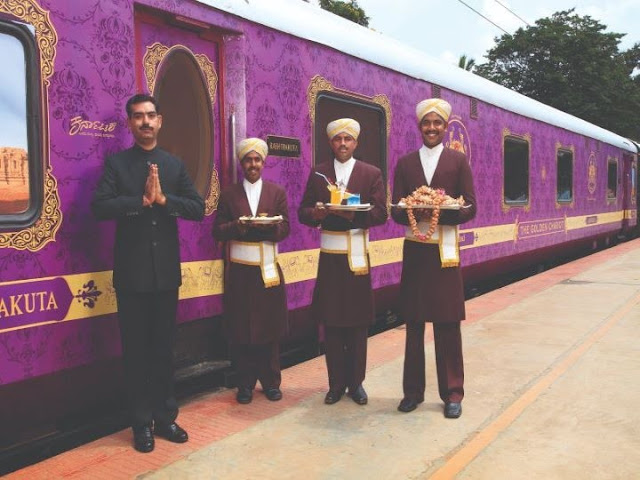 The luxury train Golden Chariot of Karnataka is ready to run on track once again. The train operated by the Karnataka State Tourism Development Corporation (KSTDC) was temporarily closed last year due to lack of passengers.

Renovation work halted due to Kovid-19

According to the information, earlier this year, the Indian Railway Catering and Tourism Corporation (IRCTC) was tasked with renovating the interiors of the train. However, work was stopped due to Kovid-19. But the luxury train is now ready to run on the tracks again, although the services of the train were expected to be operational again in the summer of 2020.

All safety standards are being followed

According to KSTDC, the Golden Chariot is equipped with padded furniture, renovated rooms and bathrooms, new linen and cutlery. This luxury train also has a smart TV with Wi-Fi facility. Apart from this, security features like CCTV and fire protection have also been upgraded in the train. The food menu of the train has also been prepared in a new way. All safety standards will be followed in the wake of corona infection.

IRCTC set safety standards for all

In keeping with the Corona epidemic, the IRCTC has set certain safety standards for the health safety of all passengers and staff members during train travel.

1-Train coaches and passenger baggage will be disinfected at regular intervals during the journey.

2-Tour managers, drivers, guides and other personnel deployed by IRCTC will undergo regular thermal screening and medical examination. Staff members will be equipped with hygiene kits, masks, gloves and sanitizers.

3-Information about protocol while visiting heritage sites and monuments - including guidelines and forms, all will be supplied to the passengers in advance.

4-The vehicles used in tourism will have limited seating capacity to ensure physical distance between tourists.

5-The food places included in the tourism will be checked by IRCTC staff for the level of cleanliness. The minimal-contact buffet will also be closed.

6-Apart from this, KSTDC has also laid down rules for all passengers, tour directors, guides, drivers and other members of staff, such as social distancing (6 feet), wearing a face mask and carrying a sanitizer will be mandatory.