In the 31st match of IPL 2020, Virat Kohli scored 48 runs in 38 balls with the help of three fours against Kings XI Punjab. 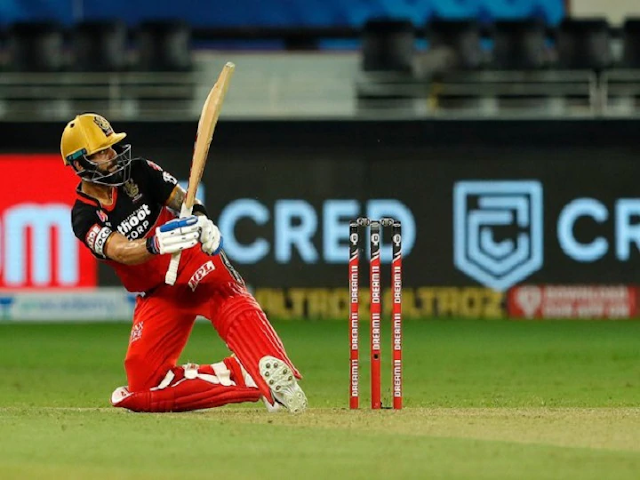 RCB vs KXIP: In the 31st match of IPL 2020, Royal Challengers Bangalore batted first at the ground of Sharjah and gave the target of 172 runs to Kings XI Punjab. In his 200th match for RCB, captain Virat Kohli played an excellent innings of 48 runs. With this, King Kohli took a big record in this match.

In fact, after scoring 10 runs against Punjab, Kohli became the highest run-scorer in the IPL as a captain. He overtook Chennai Super Kings captain MS Dhoni and made this record in his name.

In this match, Bangalore batted first and scored 171 runs at the loss of six wickets in 20 overs. In the end for RCB, Chris Morris scored an unbeaten 25 runs in just 8 balls with a strike rate of 312.50. During this time, one four and three sixes came out of his bat. At the same time, leg-spinner Murugan Ashwin bowled brilliantly for Kings XI Punjab. He took two wickets for just 23 runs in the four overs of his quota.