IPL 2020: Shikhar Dhawan created history, became the first batsman to do so in IPL.

Shikhar Dhawan scored an unbeaten 106 against Kings XI Punjab. With this, he became the first player to score two consecutive centuries in the IPL. 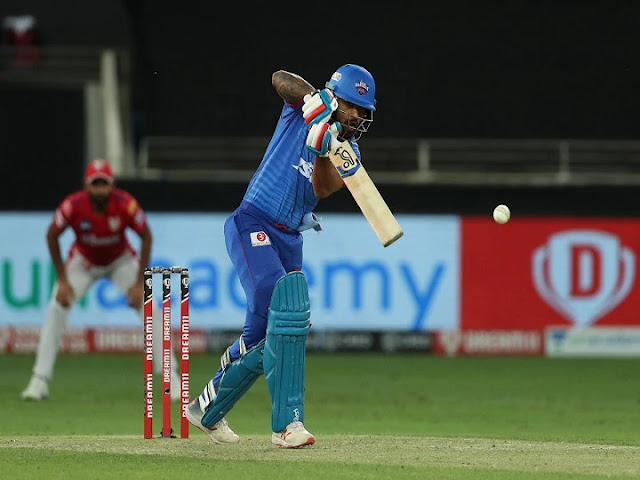 With this, Dhawan also completed 5000 runs in IPL. He has become the fifth batsman to score 5000 or more runs in IPL. In a season of IPL, many batsmen have scored more than one century but no one has scored two consecutive centuries.

Apart from Dhawan, Kohli has 5759, Suresh Raina of Chennai Super Kings 5368 (Raina is not playing this season), Mumbai Indians captain Rohit Sharma 5158 and Sunrisers Hyderabad in case of scoring 5000 or more runs in IPL. Captain David Warner has scored 5037 runs.

Dhawan scored his fourth consecutive half-century in an IPL season and made it to the special list. Virender Sehwag's name is the record for most consecutive five half-centuries in a season in the IPL. Sehwag held this record while playing for Delhi Capitals (at that time Delhi Daredevils) in the 2012 season.