IPL 2020 RR vs SRH: Rajasthan and Hyderabad's playing eleven may be such, learn pitch report and match prediction

Kane Williamson was injured in the match against Kolkata Knight Riders. In such a situation, Jason Holder can be included in his team against Rajasthan Royals. 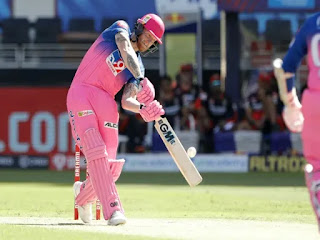 Rar vs SRH: The 40th match of IPL 2020 will be played between Rajasthan Royals and Sunrisers Hyderabad at Dubai International Cricket Stadium from 07:30 pm today. Both teams must win in this match to maintain their hopes of reaching the play-offs. In such a situation, we can get a tough competition in this match.

The weather will be perfectly clear in this match played at Dubai International Cricket Stadium. However, the players will also have to face severe heat here. Dew can play a big role here. In such a situation, the team that wins the toss can decide to bat first.

Our match prediction meter says that Rajasthan Royals will win in this match. However, the match is likely to remain closed.