Kings XI Punjab has scored a hat-trick of victories in IPL-13. 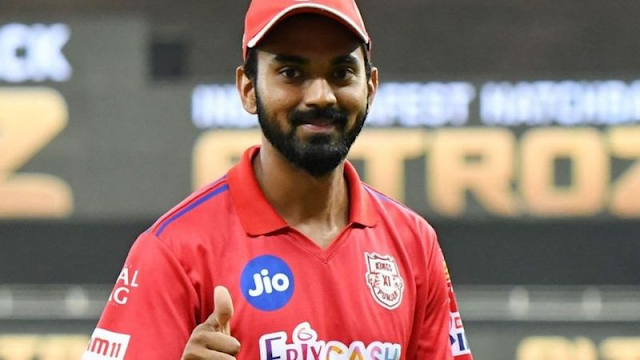 Punjab defeated Delhi Capitals by five wickets in a match played in Dubai on Tuesday. Punjab got the target of 165 runs for victory from Delhi with six balls remaining. Punjab's top scorer was Nicholas Puran. He scored 53 runs.

Shikhar Dhawan's century and bowlers struggle did not work in Delhi. Dhawan scored an unbeaten 106 for Delhi. He was voted Man of the Match for this innings.

This is Punjab's fourth win in IPL-13, while Delhi has suffered a blow for the third time. Punjab's team has now come at number five in the point table.

The start of Kings XI Punjab was not special. Akshar Patel sent Punjab captain KL Rahul in the third over. He scored 15 runs in 11 balls.

Chris Gayle, who came to bat at number three, took on Tushar Deshpande in the fifth over. Gayle scored three fours and two sixes in this over. A total of 26 runs were scored in Tushar's over and after five overs Punjab's score was 50 for one wicket.

In the same over, Mayank Agarwal was run out due to a misunderstanding in taking runs with Nicholas Pooran. He could score only five runs. When the third wicket fell, Punjab's score was 56 runs and Delhi's team started dominating.

In the midst of this rain of runs, Punjab's score was 101 for three after the 10th over. In the 11th over, Puran hit a six off Akshar Patel. In the 13th over, after scoring a four off Rabada, he completed the half century but he was out on the next ball. Puran scored 53 off 28 balls.

Maxwell, who was sending the ball out of the boundary as soon as he got the chance, was easily scoring runs. Punjab had 141 runs after 15 overs and were to score 24 runs in the last five overs.

In the 16th over, Rabada put the brakes on Maxwell's innings. He scored 32 runs in 24 balls.

Punjab had to score 17 runs in the last four overs to win.

In the 17th over, the Punjab team's score went beyond 150 runs. Ashwin gave three runs in this over. Deepak Hooda reduced the pressure on the team by scoring a four off Akshar Patel in the 18th over.

Punjab had to score only eight runs in the last two overs.

Stoinis dropped Hooda's catch on the fifth ball of the 19th over. On the next ball, James Neesham gave Punjab the victory by hitting a six. Neesham remained unbeaten after scoring 10 and Hooda 15.

Earlier, on the basis of Shikhar Dhawan's century, Delhi Capitals scored 164 runs for 5 wickets in 20 overs. Dhawan scored an unbeaten 102 off 61 balls. He hit 12 fours and three sixes. This is Dhawan's second consecutive century in IPL-13. He is the first batsman to do this feat. Dhawan won the Delhi team by scoring an unbeaten 101 against Chennai Super Kings. By scoring an unbeaten century against Punjab, he has come second in the list of batsmen who have scored the most runs in IPL-13. He has scored 465 runs. Punjab captain KL Rahul is at number one with 540 runs.

However, no batsman from Delhi could play a big innings except for Dhawan against Punjab. Shreyas Iyer and Rishabh Pant scored 14-14 runs.

Mohammad Shami was the most successful bowler for Punjab. He took two wickets for 28 runs. Glenn Maxwell, James Neesham and Murugan Ashwin took one wicket each.