IPL 2020 has been very disappointing for Chennai captain Mahendra Singh Dhoni with captaincy and bat. But this season Dhoni has achieved many achievements in the tournament. 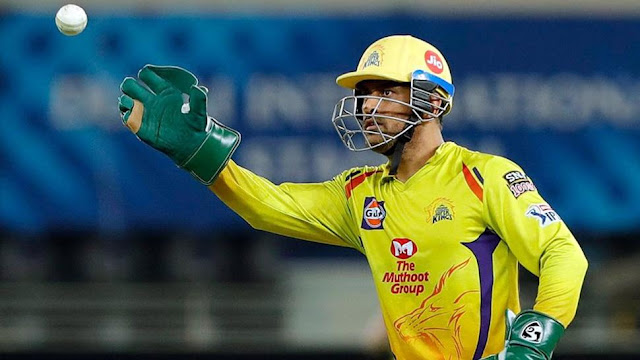 Mahi became the first player to do so

In IPL season 13 (IPL 13), Chennai Super Kings captain Mahendra Singh Dhoni is neither able to show off his captaincy nor leave an impression with the bat. Due to which CSK's team remains at last position in the points table.

But MS Dhoni has achieved a major achievement in this biggest T20 league in the world as soon as he takes on the field against Rajasthan Royals on Monday. However, CSK have to face defeat in this match by the Royals.

Dhoni is the only player to play 200 IPL matches

Significantly, the 37th match of IPL 2020 (IPL 2020) was played between Chennai Super Kings and Rajasthan Royals (CSK vs RR). This match was the 200th match of Dhoni's IPL career. In such a situation, Mahendra Singh Dhoni (MS Dhoni) has become the first player to play 200 matches in the Indian Premier League.

After Dhoni, Mumbai Indians (MI) captain Rohit Sharma has played the most number of 197 IPL matches. During these 200 IPL matches, Mahi has been seen playing for the IPL franchises CSK and Pune Super Giants. With this, Dhoni also crossed the 4000-run mark by playing for the Super Kings in this historic match of his IPL career.

From the IPL 2008 to the current IPL season, Dhoni has remained a part of this league. During the journey of these 13 years, former Indian captain Mahendra Singh Dhoni (MSD) has established many milestones. Mahi led Chennai Super Kings (CSK) to champion 3 times and 8 times on his captaincy.

Dhoni is the most successful keeper in the IPL by hunting 150 as a wicketkeeper. Apart from this, Dhoni has made a unique feat by winning 104 matches on the basis of captain in IPL. On the other hand, Mahendra Singh Dhoni has hit 215 sixes as the most in this tournament. At the same time, Mahi has also scored 4596 runs in these 200 matches.