IPL 2020 KXIP vs SRH: Punjab and Hyderabad's playing eleven may be such, learn pitch report and match prediction

Both teams have won in their previous matches. In such a situation, both teams can land on the ground without any change. 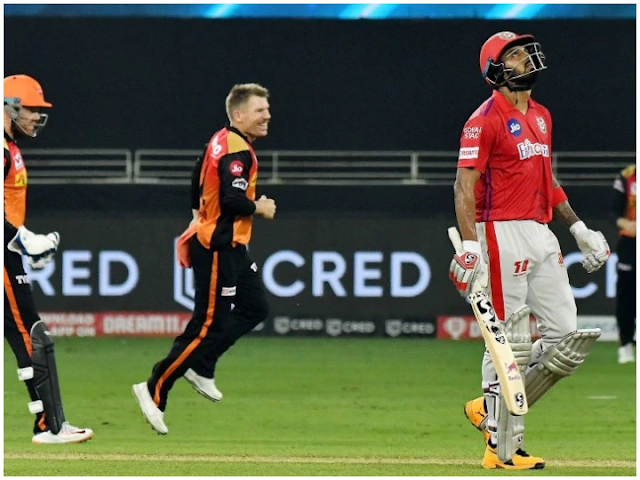 KXIP vs SRH: The 43rd match of IPL 2020 will be played between Kings XI Punjab and Sunrisers Hyderabad at Dubai International Cricket Stadium from 07:30 pm today. Both teams have won in their previous matches. In such a situation, both teams can land on the ground without any change.

Both Hyderabad and Punjab have to win the remaining four matches from here to qualify in the play-offs. In such a situation, both teams will make every effort to win in this match. The team losing in this match will be almost out of the play-off race. Because after that he will have to depend on the results of other teams.

The weather will be perfectly clear in this match played at Dubai International Cricket Stadium. However, the players will also have to face severe heat here. Dew can play a big role here. In such a situation, the team that wins the toss can decide to bat first.

The Dubai International Cricket Stadium is completely different than the Sheikh Zayed Cricket Stadium in Abu Dhabi. This is a very big ground in terms of size. But here the spinners can get some help. In such a situation, both the teams can land on the ground with two main spin bowlers.

Our match prediction meter says that Sunrisers Hyderabad will win in this match. However, the match is likely to close.