IPL 2020 KKR vs DC: This could be Kolkata and Delhi's playing eleven, know pitch report and match prediction

Sunil Narine is expected to play in this match for Kolkata Knight Riders. Naren can be included in the team in place of Pat Cummins. 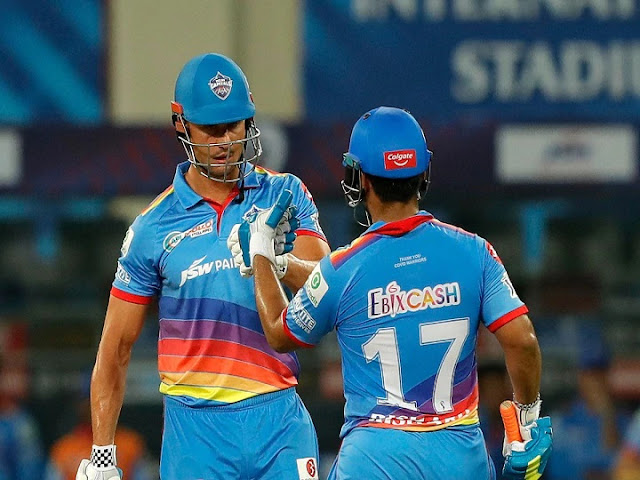 KKR vs DC: The 42nd match of IPL 2020 will be played between Kolkata Knight Riders and Delhi Capitals at the Sheikh Zayed International Cricket Stadium in Abu Dhabi from 3:30 pm today. Delhi Capitals team has won seven matches in 10 matches and is second in the points table with 14 points. At the same time, KKR has won only five out of 10 matches. In such a situation, to reach the play-off, he will have to win three out of the remaining four matches.

Sunil Narine is expected to play in this match for KKR. Narine fast bowler can return in place of Pat Cummins. At the same time, no information has been revealed on the fitness of Andre Russell. In such a situation, Tom Banton can get another chance in his place.

The weather will be perfectly clear in this match played at the Sheikh Zayed International Cricket Stadium in Abu Dhabi. However, the players will also have to face severe heat here. This is an afternoon match, in such a situation, dew will no longer play. But still the team that wins the toss can decide to bat first.

Sheikh Zayed Cricket Stadium in Abu Dhabi is completely different compared to Sharjah International Cricket Stadium. This is a very big ground in terms of size. Here the fast bowlers can get some help. In such a situation, both the teams can land on the ground with three-three lead fast bowlers.

Our match prediction meter says that Kolkata Knight Riders will win in this match. However, the match is likely to close.