Kings XI Punjab defeated Royal Challengers Bangalore in the 31st match of IPL played at Sharjah Cricket Stadium. Kings XI Punjab achieved the target of 172 runs for the victory by hitting the last ball of the 20th over with a six. Bowlers bowled before the stormy batting of KL Rahul and Chris Gayle.

With this victory, Kings XI Punjab has broken the series of their consecutive defeats in a blistering manner. At the same time, Royal Challengers Bangalore has suffered a big blow because before this match, he was on the chariot of successive victories.

Prior to this match, Kings XI Punjab had two points in their account, which has now increased to four

Have been done. However, his place in the marks table is still at last place. Despite the defeat in this match, Royal Challengers Bangalore occupy the third place in the points table.

After Mayank Agarwal's wicket fell to Yuzvendra Chahal in the eighth over, Kings XI Punjab gave Royal Challengers Bangalore the lead for the wicket. Mayank Agarwal also performed brilliantly, scoring 45 runs in 25 balls with the help of three sixes and four fours.

Chris Gayle contributed 53 runs off 45 balls with the help of five sixes and a four. After Chris Gayle left, there was only one ball left, which shone the eyes of the players of Royal Challengers Bangalore and felt that the result could turn into the next ball or the match could go to a super over.

But on the last ball Nicholas Puran hit a six and defeated Royal Challengers Bangalore in the hope of victory.

KL Rahul scored an unbeaten 61 off 49 balls. Nicholas Puran became the hero of victory, who got the opportunity to play the same ball and by hitting a six on that one ball, he gave the team a very important victory in this tournament.

Mohammed Siraj proved to be the most expensive bowler, scoring 44 runs in three overs and could not get any wickets. 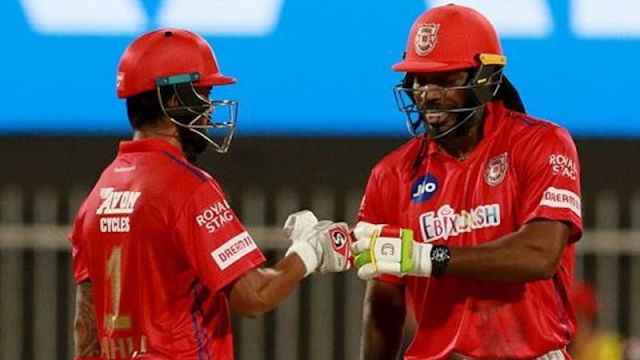 Royal Challengers Bangalore scored 171 runs in the prescribed 20 overs at the loss of 6 wickets, with captain Kohli contributing the most 48 runs.

Aaron Finch and Devdutt Padikkal came out to bat first. Both of them started with a slow start. Fours and sixes were seen in the initial overs, but soon this partnership was broken.

In the fifth over, Devdutt gave his catch to Nicholas Puran off Arshdeep Singh. Devdutt scored 18 runs in 12 balls with the help of a four and a six.

After this came the turn of Virat Kohli, but Aaron Finch could not stay on the pitch with him for long. Finch was out in the seventh over off Murugan Ashwin. He contributed 20 runs off 18 balls with the help of one six and two fours.

Captain Virat Kohli's responsibility increased even more when in the 11th over, Washington Sundar gave a catch to Chris Jordan off Ashwin. However Sundar did not waste a single ball and returned after scoring 13 runs off 14 balls.

Now Kohli was at one end and Shivam Dubey at the other end. But Shivam Dubey also could not support Kohli for much longer and in the 16th over, KL Rahul was caught by Chris Jordan. He made 23 off 19 balls with the help of two sixes.

The next batsman AB de Villiers returned to the pavilion after scoring two runs off five balls. His catch was caught by Deepak Hooda off Mohammad Shami in the 18th over.

But after only two balls, Captain Kohli once again became the victim of Mohammedi Shami and caught KL Rahul. Kohli scored 48 runs in 39 balls with the help of three fours.

The team's score was 137 runs on the loss of six wickets in 18 overs. From here onwards Chris Maurice and Isuru Udana took the front and took the team's score to 171 runs in the prescribed 20 overs.

Chris Maurice scored 25 runs in 8 balls with the help of three sixes and a four. Udana also hit a six and contributed 10 runs off five balls.

Among bowlers, Murugan Ashwin proved to be the most economical. He took two wickets in four overs and gave away 23 runs.