Three smartphones have been launched in Huawei Mate 40 series

A Porsche Design Mate 40 RS has also been launched, which is equipped with 12 GB RAM

All phones include an OLED display panel with a refresh rate of 90 Hz. 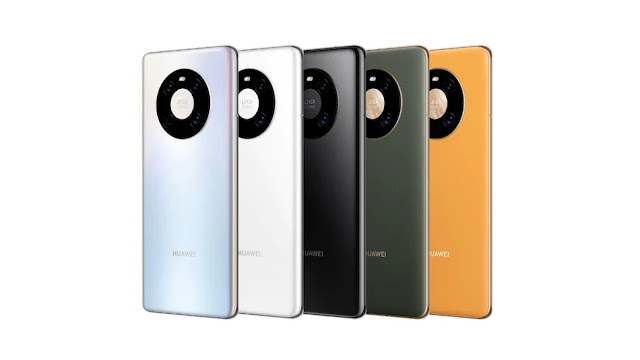 Huawei Mate 40, Mate 40 Pro, Mate 40 Pro + on Thursday, the company has launched as its flagship. The new series is an upgrade to the Mate 30 series and comes equipped with many premium features. All three phones of the series have an OLED display panel with a 90 Hz refresh rate. All three models also get a 240Hz touch sampling rate. The Mate 40 Pro and Mate 40 Pro Plus come with Kirin 9000 5G chipset, which is based on a 5 nm processor. All three phones get EMUI 11 based on Android 10 operating system, but instead of Google's mobile service, it comes equipped with Huawei Mobile Service.

There is also a Porsche Design Mate 40 RS, which comes in 12 GB + 512 GB configuration and is priced at 2,295 euros (about 1.99 lakh rupees). It has a different design than the regular Mate 40 series phones and is offered in black and white color options.

Huawei has not yet shared information about its availability.

The dual-sim Huawei Mate 40 Pro features a 6.76-inch full-HD + (1,344x2,772 pixels) olead display, which offers a 90Hz refresh rate and 240Hz touch sampling rate, just like the standard model. However it works on the Kirin 9000 processor and comes equipped with 8 GB RAM.

Huawei Mate 40 Pro offers a slightly different triple rear camera setup compared to the Mate 40 for photos and videos. Instead of a 16-megapixel secondary sensor, the Pro variant gets a 20-megapixel sensor with an ultra-wide-angle f / 1.8 lens. The third camera is a 12-megapixel sensor with F / 3.4 telephoto lens. The Pro model gets the same 13-megapixel camera sensor as the standard model, as well as a 3D depth sensing camera.

The Huawei Mate 40 Pro offers 256 GB of storage and connectivity is the same as the Mate 40, however, it does not include the 3.5mm head phone jack. It gets a 4,400mAh battery with 66W fast charging and 50W wireless charging support. The sensor offers an additional 3D face recognition sensor and barometer pressure sensor compared to the standard model. The dimensions of the phone are 162.9x75.5x9.1 mm and weigh 212 grams. The vegan leather option is 9.5mm thick and weighs the same as the glass back variant.

The Huawei Mate 40 Pro Plus is very similar to the Mate 40 Pro with some major differences. The Mate 40 Pro + offers 12 GB RAM and a quad rear camera setup. Along with the three camera sensors on the Mate 40 Pro, here you get an 8 megapixel superzoom camera with 10x optical zoom and f / 4.4 aperture.