Historical agreement to improve relationship between Sudan and Israel

A historic agreement has been reached between Sudan and Israel to normalize relations. With this, the name of another country has been added to the agreements being signed between Israel and Arab countries. 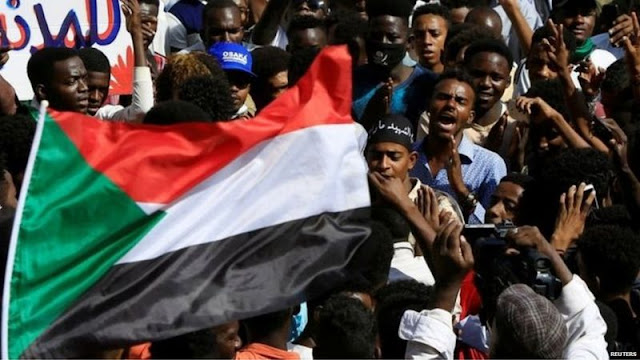 Meanwhile, US President Donald Trump has excluded Sudan from the US list of countries sponsoring terrorism. On joining this list financial aid and investment are stopped.

Earlier, the United Arab Emirates and Bahrain had recently signed a peace deal with Israel. These two are the first such Gulf countries to recognize Israel for the first time in the last 26 years.

According to the joint statement of Sudan, Israel and America, a delegation meeting will be held in the coming weeks. In this meeting, the three countries will discuss issues related to agriculture, aviation and migration. However, information about when this meeting will take place has not been given.

According to the joint statement of the three countries, "The agreement between Sudan and Israel has been agreed to normalize and end the conflict".

Egypt had signed an agreement with Israel in 1979 and Jordan in 1994 since the declaration of Israel's independence in 1979. Palestine has been critical of Arab countries' growing ties with Israel. Palestine considers these agreements a hoax.

Historically, Arab countries keep talking about peace agreements with Israel on certain conditions. These terms include abandoning the territories Israel occupied in 1967 and recognizing Palestine as a country with the capital of East Jerusalem.

How did this decision happen?

Reports were taken to the President's Office (Oval Office) shortly after US President Donald Trump's Sudan was removed from the list of terror-sponsored countries. Here President Trump was talking on the phone with the leaders of Sudan and Israel.

Israel Prime Minister Binyamin Netanyahu has said about this agreement that it is 'an accidental success for peace' and the beginning of a 'new era'.

Sudan's Prime Minister Abdullah Hamadok thanked America for removing his country from the list of terrorism. He said that the Sudan government is working towards such international relations in which their people have the greatest interest.

Sudan's official news channel has said that this will end the 'conflict situation'.

Talking to the leaders of the two countries, President Trump said, "Do you think that 'Sleepy Joe' (lethargic Joe) would have made this agreement? I do not think so.'

In response, Benjamin Netanyahu said, "President, I can tell you one thing that we appreciate the help of anyone from America for peace."

The agreement before the US elections is seen as a success of President Trump's foreign policy. BBC correspondents say that there is no coincidence with the timing of the decision.

Donald Trump has said that he hopes Saudi Arabia will normalize relations with Israel as well.

However, Palestinian President Mahmoud Abbas has criticized the deal. He said that no one has the right to speak on behalf of Palestine.

During this time Israel has said that it will not oppose selling high-grade military hardware to the UAE of the United States.

The US agreed to consider allowing the UAE to buy F-35 fighter jets after normalizing relations with Israel.

Since the creation of Israel in 1948, Sudan and Israel have had relations with enemy countries.

Sudan fought wars against Israel in 1948 and 1967. It is also considered as a paradise for the guerrilla fighters of Palestine.

However, the political situation in Sudan changed when last year, Omar al-Bashir, who had been ruling Sudan for three decades, was overthrown and replaced by the Civilian Military Council.

After this, relations with Israel began to improve so that US sanctions could be lifted and Sudan could get financial help.