Facebook Messenger gets new look, will get many fun features

The Facebook Messenger logo was previously dark blue. But now it has been changed from blue to pink gradient, which looks quite like the Instagram logo 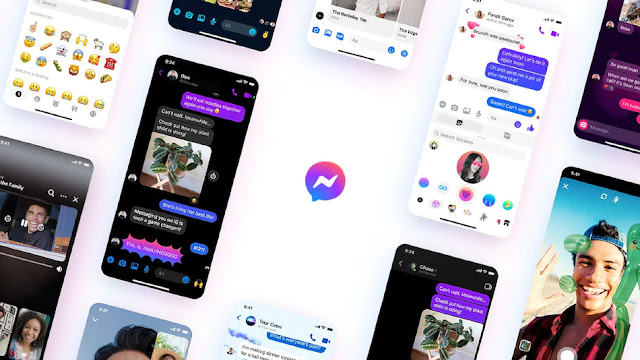 Features like chat themes and selfie stickers will soon rollout

Facebook has rolled out a new look for Messenger. With the new look, the Messenger app is also going to get many new fun features, such as chat themes, selfie stickers, and custom reactions. Users can choose a chat theme ranging from 'love' to 'tie-dye' in their messenger. Regarding the new incarnation of Messenger, Facebook says that this marks a change for the future of messaging. Let me tell you, recently the company integrated Messenger with Instagram.

The Facebook Messenger logo was previously dark blue. But now it has been changed from blue to pink gradient, which looks quite like the Instagram logo. Following the change of color of Messenger, users will soon be able to use the selfie stickers feature on Messenger, which will help them to customize the stickers with a photo of themselves.

Messenger Vice President Stan Chudnovsky wrote in his blog post, "Our new logo marks a change for the future of messaging, a more dynamic, fun and integrated way through which you will stay connected to those who are close to you. We hope you like it as much as we do it. "

Let me tell you, last month Facebook integrated its messenger with photo sharing app Instagram. After which the users will be able to send messages on Instagram through Facebook Messenger, while the direct message of Instagram can send messages on Messenger. The update will be rolled out soon for most users in North America, while globally it will be rolled out in the next few months.

A feature called Watch Together was also recently introduced on the social media platform, through which you can watch any video with your friends.