RR vs DC: The 30th match of IPL 2020 was played between Delhi Capitals and Rajasthan Royals at Dubai International Cricket Stadium. In this match, Delhi defeated Rajasthan by 13 runs. With this victory, Delhi reached the first place in the point table. This is Delhi's sixth win in this season. This is Rajasthan's fifth defeat in this season.

Delhi Capitals had scored 161 runs for the loss of seven wickets in 20 overs in the first play. At the same time, Rajasthan's team could only manage 148 runs at the loss of eight wickets in the scheduled overs. For Delhi, Shikhar Dhawan scored 57 off 33 balls and Shreyas Iyer scored 53 runs in 43 balls.

Earlier, the Delhi Capitals started to bat first after winning the toss and it was very bad. On the very first ball of the match, Prithvi Shaw was dismissed without opening an account. After this, Ajinkya Rahane was also dismissed by scoring just 02 runs in 9 balls. Both of these made Archer their victim.

However, the Delhi batsmen could not score fast runs in the end overs. Marcus Stoinis scored just 18 runs in 19 balls and Alex Carry also managed only 14 runs in 13 balls. For this reason, Delhi, who scored 129 runs in 15 overs, could manage only 161 runs in 20 overs.

At the same time Jofra Archer bowled brilliantly for Rajasthan Royals. He took three wickets for 19 runs in four overs of his quota. Apart from this, Jaydev Unadkat got two and Karthik Tyagi and Shreyas Gopal got one success each. 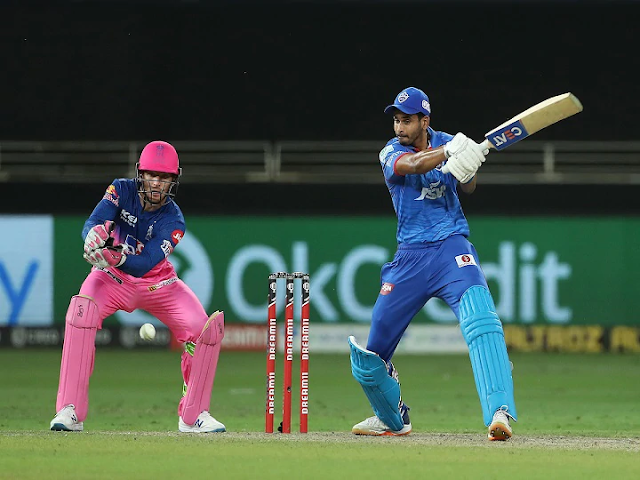 After this, Jos Butler gave a bang to the Rajasthan Royals, chasing a modest target of 162 runs from Delhi. Butler and Stokes added 37 runs in three overs. Butler was bowled out on the ball of Enrique Nortje after scoring 22 runs in 9 balls. After this, Steve Smith returned to the pavilion with just one run. Ravi Ashwin made Smith his victim.

After two wickets fell for 40 runs, Ben Stokes and Sanju Samson started playing well and shared a 46-run partnership for the third wicket. Rajasthan's score was 80 in 10 overs at the loss of two wickets at one time. But the wickets fell when Stokes was out.

Stokes was out for 41 off 35 balls with six fours. After this, Samson also returned to the pavilion after scoring 25 runs in 18 balls. However, two sixes came out of Samson's bat during this time. After this Robin Uthappa played an excellent innings of 32 runs in 27 balls, but he also could not reach his team close to victory. In the end, Rahul Tewatia remained unbeaten after scoring 14 runs in 18 balls.