Bihar elections: have women become safe because of prohibition?

This story is from July 2015. The call for assembly elections had started. The Chief Minister of the state Nitish Kumar arrived in Bihar's capital Patna in a program of women's self-help group 'Jeevika'. 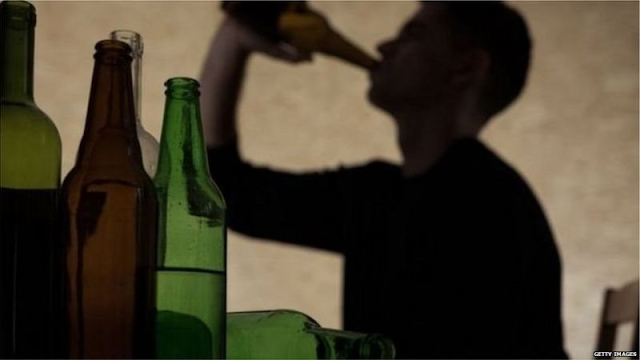 As soon as Chief Minister Nitish Kumar finished his speech and started coming off the stage, 'Jeevika Didis' sitting in the audience gallery raised the issue of alcohol addiction spreading in the state and demanded a complete ban on alcohol.

The 'Jeevika' model of the State Rural Livelihoods Mission of the Government of Bihar has been quite famous.

Many women's organizations, including this self-help group of women, had been demanding liquor ban for a long time but that day they were getting the opportunity to say all this directly in front of the Chief Minister.

Nitish Kumar was getting off the stage but he turned back and smilingly announced that if he returns to power, he will introduce liquor ban in the state.

After the victory of the Grand Alliance in 2015, Nitish Kumar kept this promise and announced liquor ban in the state.

The Chief Minister blamed the increasing addiction to alcohol for domestic violence and 'family strife'. Apart from this, for the violence, exploitation and poverty against women, alcohol addiction was also cited as a big reason.

In May 2016, a month after the ban, Chief Minister Nitish Kumar said that there has been a decrease in crime due to prohibition.

Since when did prohibition start?

Following the instructions of Chief Minister Nitish Kumar, the ban on liquor in Bihar was implemented under the Bihar Prohibition and Excise Act which started from 1 April 2016.

This law says, "No person can manufacture, distribute, transport, store, store, buy, sell or consume any intoxicating substance or liquor."

There is a provision for imprisonment ranging from a fine of at least Rs 50,000 to 10 years for violating the law.

At the same time, in cases where a manufacturer or supplier gives illicit liquor to someone and if someone dies by drinking it, then there is a provision for capital punishment.

Liquor ban was implemented with great vigor but its biggest burden was on the state's revenue.

Bihar is losing more than Rs 4,000 crore in revenue every year due to prohibition. The state government had then said that it would better manage finances and resources to make up for it.

On the revenue deficit from liquor ban, Chief Minister Nitish Kumar said, "Social harm is more than this. We will compensate the deficit through other means."

After some big criminal incidents in the state after alcoholism in May 2016, Chief Minister Nitish Kumar told a private news TV channel, "There have been a couple of incidents here which we are all saddened about and strict action should be taken for that It has been. And as long as they do not make their culprits stand in the court of law, they will not sit in peace. But overall you will see that crime has decreased in Bihar since the ban.

This is also evident in the rally and speeches of the ruling party in which the ban of liquor comes to the end as a mark of success of Nitish government or the issue is often disappeared.

After all, what is the reason for this? Sudha Varghese, founder of Nari Gunjan, a non-governmental organization working for Dalit women and girls in Bihar, says that three to four months of prohibition may have seen good results, but today the situation is the same again.

She says, "Alcohol is still being manufactured or sold in Bihar today and there are questions on the role of the police in it. It is one thing to make the law and it is another to implement it. It is the responsibility of the police to enforce this law. "

Crime against women after prohibition?

Sudha Varghese also says that there is no reduction in crime against women due to prohibition.

She says that even today, the news of rape and molestation are filled in the newspapers of Bihar.

Sudha Varghese's statement is also confirmed by the National Crime Records Bureau (NCRB) data. After the prohibition, there was a slight decrease in crime against women, but after that the cases related to them started increasing again.

Alcohol has also been said to be responsible for domestic violence against women.

In the same way, if we see rape cases in the state, then after one year of prohibition, it definitely decreased but after that the cases suddenly increased.

There was also a demand for liquor ban 'Jeevika Didis'. Munni Devi Jeevika is sister of Araria district of Bihar. She says that alcoholism has reduced the incidence of domestic violence and  Now money is also left in homes.

However, she also agrees that the smuggling of liquor has increased and liquor is also available, but due to being very expensive, poor and low income people are not even drinking. However, the hemp has started to be drunk.

The rapid increase in revenue from liquor in Bihar also started during the Nitish Kumar government.

The Bihar government claimed that due to prohibition, people in the society would spend more money on their household needs and consume healthier things.

In the year 2018, the think tank Asian Development Research Institute (ADRI) and Development Management Institute (DMI) conducted two separate researches and quoted them that the purchase of expensive sarees in Bihar, consumption of cheese has increased manifold and household Women have played a big role in taking decisions.

However, both these researches were done with the guidelines of the Government of Bihar.

AN based in Patna Professor DM Diwakar of Sinha Institute of Social Sciences calls the results revealed after the ban on alcoholism as a 'mix picture'.

They say that this prohibition has different effects on rural and urban Bihar. They see its positive results in rural areas, but at the same time say that it has not changed so much that people have started buying two-wheelers, eating milk and curd and wearing expensive saris.

Professor Diwakar says, "There was liquor ban in 2016 and demonetisation in the same year. People started buying vehicles during the ban but it had nothing to do with prohibition. After the lockdown, the situation is worse now. The economic situation is absolutely right No. Not only the poor but the lower middle and middle class families are going through economic crisis, unemployment is at peak, then in such a situation what will people drink alcohol. "

What does the ruling party say?

The ruling party of Bihar believes that big social changes have come from the ban.

Rajiv Ranjan Prasad, spokesperson of the ruling party JDU, tells BBC Hindi that not only has the reduction of crime against women been reduced due to the prohibition of liquor, but the money is being spent in the right place and accidents have also happened in the state.

He says, "The state government is releasing criminal data per lakh population because this state has a dense population. Accordingly, Bihar is ranked 29th in crime cases against women in India and 33rd in rape cases. Number. The cases of harassment of women have decreased, road accidents have come down. Apart from this, the health department has recorded a decrease in cases of alcohol-related diseases. "

The Bihar statistics of the NCRB have also been decided per lakh population and only the data provided by the states includes the NCRB in its data.

However, Rajiv Ranjan Prasad says that if some people want to tarnish the image of Bihar, then they should not fall into the trap.

Nearly every day smuggling liquor is caught in Bihar. Last year, it was revealed through a story in BBC Hindi that at least three liters of liquor was recovered in Bihar every minute and an arrest was made within 10 minutes.

In the electoral environment, liquor smuggling has increased rapidly and liquor is being caught but Professor Diwakar questions the administration for not breaking the syndicate of liquor smugglers.

He says, "There is no week when liquor is not caught. Alcoholism is a positive step, but political will is coming in the way of its completion. The syndicate of liquor does not break down just by holding a small career in jail." Is put in. "

JDU spokesperson Rajeev Ranjan Prasad on the contrary, does not kill murders or crimes in the country after the implementation of IPC and CRPC, as the syndicate of liquor smugglers does not end and liquor smuggling increases.

They say that a big escalating decision cannot be denied in this way.

Due to prohibition, criminal cases related to this are increasing continuously. Earlier this year, the Patna High Court had said that nearly 2.06 lakh cases related to violation of prohibition of liquor law are pending in the courts of Bihar, which is an additional pressure on the judiciary.