Asafoetida cultivation for the first time in India, how essential is its use in food

The strong smell and small amount of asafetida that looks like a small pebble also change the taste of food. It is an essential spice in kitchens in India.

Asafoetida is used extensively throughout India. Although many people do not like the smell of asafoetida, but it is also used as a digestive.

It is usually kept in an air-tight box away from the sun's light. Suddenly the discussion of asafoetida started because the cultivation of asafoetida has started in Himachal Pradesh. The Council for Scientific and Industrial Research (CSIR) says that this is the first time that asafoetida is being cultivated in India.

CSIR has announced that the Institute of Himalayan Bioresource Technology (IHBT) at Palampur will start farming from Monday.

Asafoetida cultivation has been started in Lahaul Spiti area of ​​Himachal. CSIR director Shekhar Mande claims that asafetida is being cultivated for the first time in India.

Is cultivating asafoetida in India really difficult? If asafoetida is not cultivated in India, then where does it come from and why is it used in India on such a large scale.

Where does asafetida come from in India?

India does not grow asafoetida, but it is used extensively in India. According to an estimate, 40 percent of asafetida produced in the world is used in India.

Asafoetida used in India comes from countries like Iran, Afghanistan and Uzbekistan. Some traders also order it from Kazakhstan. The demand for asafoetida from Afghanistan is the highest.

According to CSIR, India imports 1,200 tonnes of asafetida from these countries every year after spending Rs 600 crore. Therefore, if there is success in growing asafoetida in India, the quantity of asafoetida is imported, it will be reduced and its price will also be reduced. However, asafoetida production is not so easy.

Why is asafetida so expensive?

Asafetida plant falls under the category of carrot and radish plants. It is best produced in cold and dry environments.

There are about 130 varieties of asafoetida all over the world. Some of these varieties are cultivated in Punjab, Kashmir, Ladakh and Himachal Pradesh but its main variety Ferula asafoetida is not found in India.

The seed with which CSIR is cultivating asafoetida has been sourced from Iran. The National Bureau of Plant Genetic Resources (ICAR-NBPGR) based in Delhi has ordered nine varieties of asafetida from Iran. ICAR-NBPGR has clarified that for the first time in thirty years this asafetida seed has been brought to India.

But growing the plant alone does not mean that it will produce asafoetida. However, after sowing the seeds it will take four to five years to get the actual yield. About half a kilo of asafoetida comes out of a plant and it takes about four years. This is why asafoetida costs so much.

The price of asafoetida also depends on how it is being produced. The price of pure asafoetida in India is currently around 35 to 40 thousand rupees. Therefore, the scientists of CSIR feel that if asafoetida farming is successful, it will benefit the farmers strongly.

How is Asafoetida Produced?

Raw asafetida has a pungent smell and is therefore not considered edible. It is prepared in small pieces by mixing edible gum and starch. Traders say that the price of asafetida depends on what has been added to it. Asafoetida powder is also available. Asafoetida is cooked in South India and these ripe asafoetida powder is used in spices.

How did asafoetida reach India?

Some people say that asafoetida came to India during the Mughal period because it happens in Iran and Afghanistan. But the documents show that asafoetida has been used in India since before the arrival of the Mughals. In Sanskrit it is known as Hingu.

Mugdha Karnik, managing trustee of the Indian Study Center, says, "There is a possibility that some tribes have brought it from Iran to India. Research is going on. Asafoetida has come to India due to the food habits of these tribes It is possible."

She says, "Initially, asafoetida would have been sourced from traders from Iran and Afghanistan, and the people of India would have used it in South India as well."

Importance of Asafoetida in Ayurveda

This means that asafoetida cures vata and phlegm in the body but it increases the level of bile in the body. It heats up and increases appetite. It is a flavor enhancer. If someone is not getting taste, then add asafetida to it by mixing it with water. "

He says, "The oldest book in Ayurveda is Charaka Samhita. It also mentions asafoetida, so definitely asafetida is used here. Was happening before BC. "

They underline the importance of asafoetida according to Ayurveda. He explains, "Asafoetida is a digestive, it is helpful in digestion. Its use reduces the gas problem. As Indian food is high in starch and fiber, asafoetida proves to be more useful." 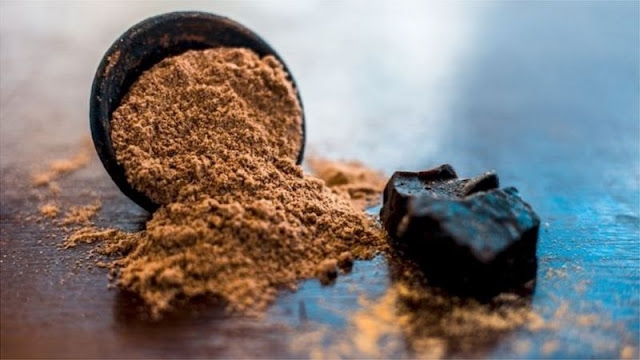 Why do Indian people eat asafoetida?

Khari Baoli in Delhi is the largest spice market in Asia. Last year I went to this market.

The scent of asafoetida was spread in one street of that market. Finding genuine asafetida in this market was like an experience. When we saw the plethora of asafoetida, we were surprised that how much asafoetida is used in India.

There are some people in India who do not use asafoetida in their food, but it is an integral part of many people's food. Asafoetida is commonly used in onion and garlic mines. Some people use asafetida in non-vegetarian mines. Many people sometimes drink asafetida milk here.

Not only in India but also in Pakistan, Bangladesh, Afghanistan and Arab countries, asafoetida is used as food and medicine. But many people do not like the strong smell of asafoetida.

This is why some people call asafetida as 'Devils Dung'. However, when mixed with food, its smell decreases slightly. Asafoetida is used in Sambar made in Kerala, Karnataka and Tamil Nadu. Apart from this, asafoetida is also used essentially in Gujarati Kadhi, Maharashtra's Varan and Brinjal vegetable. Next time you use asafoetida, you will definitely remember the history and geography of asafoetida.