Chhath is a great folk festival of nature-worshipping mainly celebrated in Bihar, Eastern Uttar Pradesh and Jharkhand. However, the philosophy behind celebrating this festival is worldwide. Perhaps this is the reason why the migrants of such areas having faith in this tradition celebrate it not only other parts of the country but all over the world. 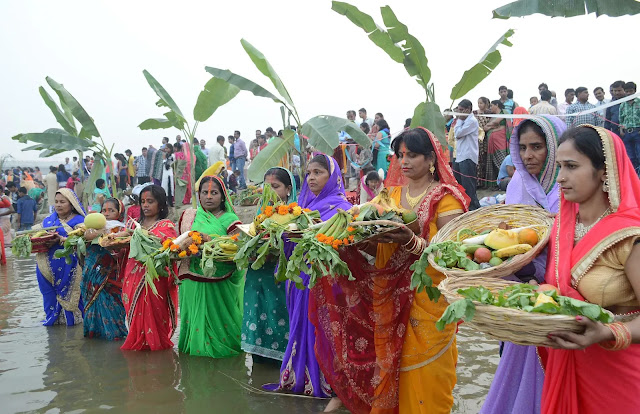 Chhath is the pious festival of protection of the environment, prevention of diseases and maintaining discipline, a mention of which is found in the epic Rig-Veda, a great Indian scripture for mankind.

On the occasion of Deepawali, the festival of lights, people clean their houses more particularly. In extension, they on Chhath, clean their surroundings and the banks of reservoirs like a river, pond, lake, etc with great piety.

The tradition of cleaning the reservoirs has been in practice since ancient times in those areas. From the very next day of Deepawali, people get involved in this virtuous work. 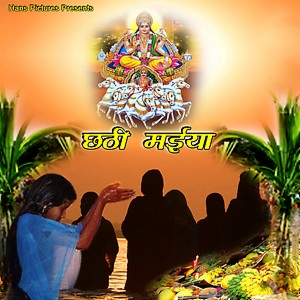 In cyclical nature, what comes after the rainy season is the good of autumn which, however, inherits a plethora of wastes and weeds breeding flies, insects and reptiles. All these somehow pose a threat to human inhabitation. The festivals like Deepawali and Chhath are so designed as to steer clear of all of them and make our habitation disease-free and worth living.

Thus, Chhath is the festival of worshipping the Sun and cleaning reservoirs.
Currently, the schemes like ‘Swachh Bharat Abhiyan’ and ‘Namami Gange’ are among the favourite projects of Prime Minister Narendra Modi. For the last few years, the Modi government has been campaigning vigorously on the sanitation drive and the cleanliness of the Ganges. Both these programs have a theoretical and practical connection with the festival of public faith. 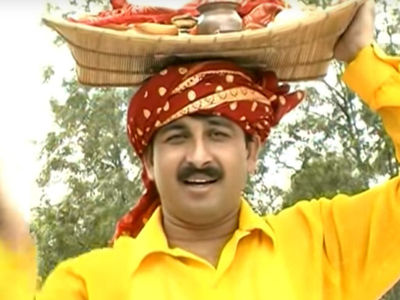 The people of those areas well understand the intents and purposes of the project of cleaning the water-body during the festivals, which is in line with the Modi Government Cleanliness drive. On the practical side, what the Prime Minister has envisaged Clean India is not possible without public participation.

People’s participation in such a government campaign merely with the policy is not as easy as faith and reverence do, especially in a country where religion is a way of life.

Sun is worshipped in Chhath in which hard fasts and rules are followed. In other words, it is a festival of nature-worshipping as well as discipline in physical and mental exercise and ethos.

The festival which is celebrated for two consecutive days falls on the sixth day of Kartik, a Hindi Calendar month, accordingly in English- October- November. Those who fast for such two days on the trot follow the special rules of purification from the Chaturthi (4th day) date itself. The worshipping at Panchami and Shashthi is performed in the evening and at the crack of dawn at Saptami when it concludes. 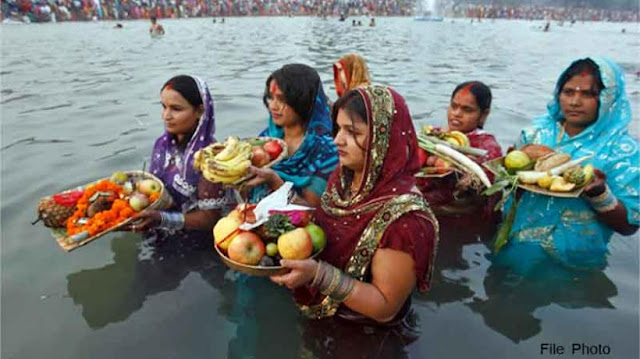 While worshipping, devotees stand in the water-body up to the waist for a pretty long time which is called 'Katisnan' in hydro-medicinal therapy. Many diseases such as leprosy are prevented and cured with such therapy.

It is an open secret that flora and fauna get energy from the sun itself. Vitamin D is obtained from sun-rays only. People of western countries are found to be deficient in vitamin-D because there is hardly sunrise for a month in a year. The maximum temperature goes up to 30 Degree Celsius over there.

The latitudinal position of India is as such that there is plenty of sunlight in every part of the country. The sun is curative and restorative. The houses where its rays reach directly have no habitat of insects are generally disease-free. This is the reason why people like to build east facing houses, according to Vastu Shashtra.
The festival of Chhath is celebrated before the beginning of winter. The importance of sunlight grows more in winter. Therefore, by worshipping the sun, people pray to God to protect them from the severity of cold in winter.

Nature worshipping is the culture of Hinduism. Through such a tradition of worshipping river, pond, wall, tree, etc, people express their gratitude to nature for anything and everything they are obliged to. In the Rig Veda, the sun, the river and the earth are placed in the category of deities.

Hinduism is a philosophy in itself, which teaches us the way of life and living. Chhath is a great religious festival of faith and learning lifestyles, in which cleanliness, purification and purity have special significance. Therefore, this author believes that this Mahaparva of public faith should be declared a national festival of cleanliness.

Also, this festival of energy preservation, water conservation, disease prevention and discipline-abiding should be celebrated all over India. This will increase people's interest in public welfare and will help in realizing the vision of Swachh Bharat. 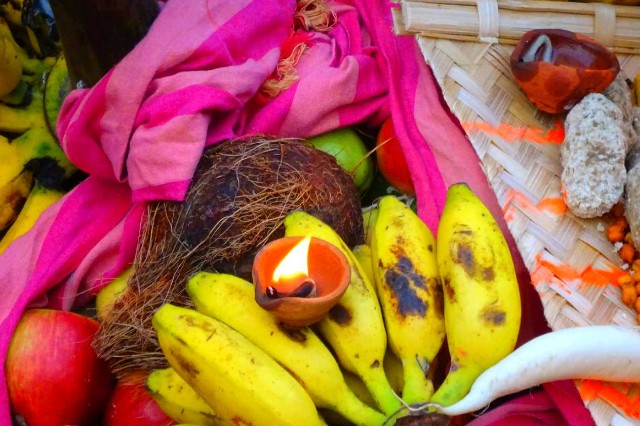 The declaration of Chhath as a national festival will create awareness among the people about the cleanliness of the reservoirs spread in every corner of the country and this will also accelerate the water conservation campaign. Recognizing the importance of this festivity, the Delhi government has made special arrangements for Chhath Puja in its budget.

Hundreds of Ghats and places of worship have been arranged for the celebration by the Government of Delhi. However, its political significance is also extracted, because there are about 50 seats out of 70 seats in Delhi Assembly, where no political party can attain Delhi's power by ignoring the precincts.

Even if it is a matter of respecting the feelings of the Purvanchalis, the kind of faith that is being seen among the residents of the National Capital Region regarding the event is a sign of awareness of environmental protection.

Purvanchali migrants celebrate the occasion with great devotion in various metros including Mumbai, Surat, and Ahmadabad in the country. Moreover, the Purvanchali Indian Diaspora celebrates Chhath in overseas countries like Mauritius, Fiji and America.

In recent times, under the 'Right to Breathe', several steps have been taken by the Supreme Court to reduce pollution levels in Delhi. As such, manufacturing units have been taken out of Delhi. There is a ban on setting brick and kiln in the NCT of Delhi. Selling and setting off firecrackers here is banned on such occasions. 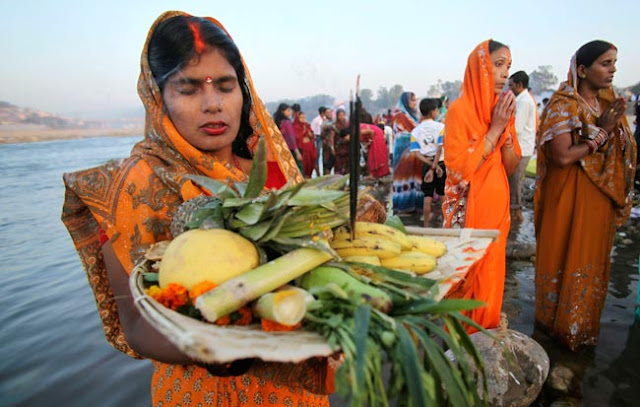 All these preventive things are happening. However, on part of the central and state governments and with the help of devotees linking festivals like Chhath with environmental protection would be a positive initiative to ensure the contribution in the development.

Like every year, preparations are afoot to celebrate the festival in Delhi-NCR this time too. The placards of the wishes of the leaders of political parties have been hung on the streets. Vote bank politics is the sole motive behind his interest. But if the importance of Chhath is seen keeping in mind the environmental issue, the motive will be broad.

Collectivism is a part of human civilization. Hence, the institutionalization of celebrating festivals and occasions always give impetus to living a good life and ensuring a standard of living for the posterity.

.
Chhath is, of course, a good occasion to understand this fact in our life. It reminds us of the value of energy and power. It also speaks of our cultural values which need to be protected and boasted of. Keeping a tradition in continuity with understanding its values gives mankind a dignified life to live. All religions including Hinduism propagate encouraging humanity and living a collective life. 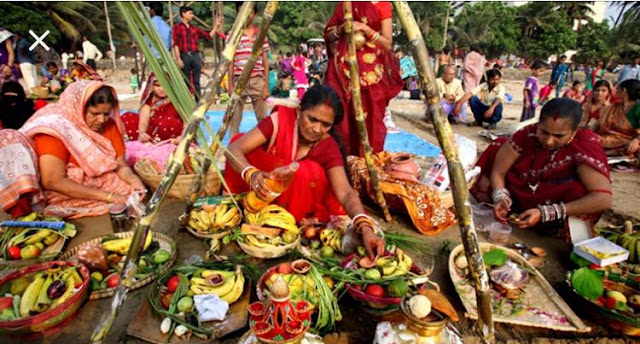 Celebration of Chhath puja with devotion purifies our body and mind. It also maintains a standard of how we stick to the rotational system of worshipping god and goddess in obeisance throughout the year in the festive land of the beautiful country India.

Dr Birbal Jha is a noted author and Managing Director of Lingua Multiservices Pvt Ltd having a popular trademark brand ‘British Lingua’. He is credited as having created a revolution in English training with the slogan ‘English for all’ in India. He has also been accorded the status of the ‘Youngest Living legend of Mithila’.
----Ashish Jha 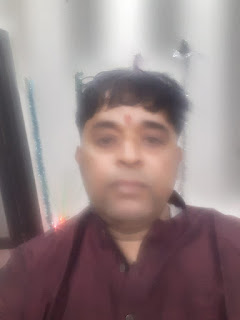