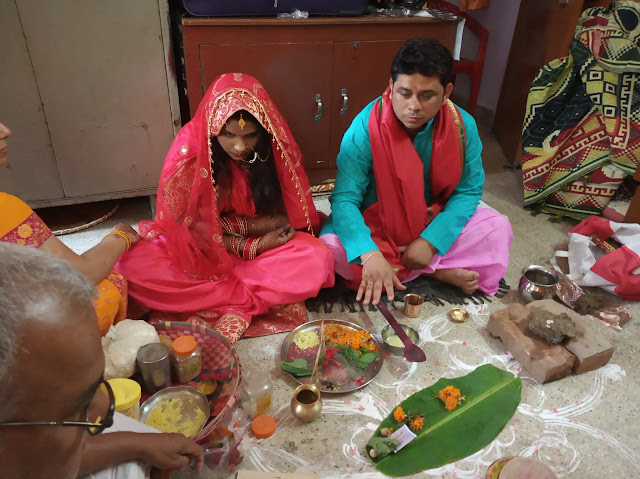 The day and date of the marriage was Sunday, 21st April, 2019. A number of august persons, along with the relatives and friends comprised the Barati of the bride and groom. At 12 O’clock in the morning, the Baratis started for Bettiyah in a cavalcade and reached there at about 5 pm. The Baratis were received at a famous hotel in Bettiah. In the evening, the entire cavalcade started to proceed to the bride’s house at Banu Chapad along with Bands in Pomp and Show. 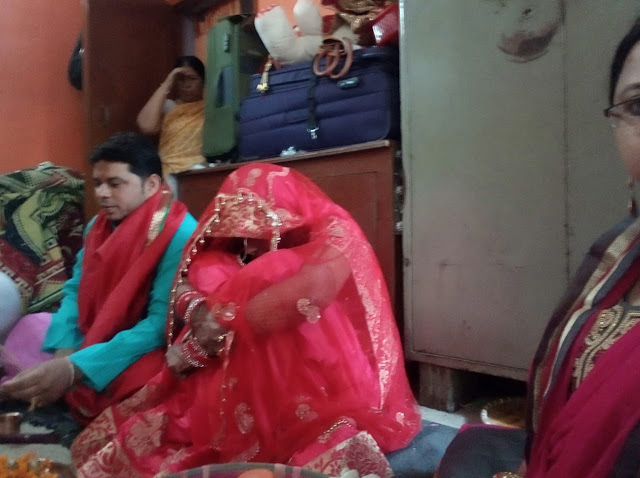 As the Barat Band approached near the house of the bride, large number of people had Gathered to Greet Groom and his family members, relatives and friends. “It was a spectacular spectacle indeed. Enthusiasm and elation  were sky-high, especially among the kids, namely Ekki, Subh, Swara, etc. The family members and friends of the bride were dancing in such exuberance as if they all are in 7th heaven. Even the groom himself could not contain their excitement. He too started dancing like a rock star”, said Sushmita Jha, sister of the groom and a famous competitive examinations’ teacher. 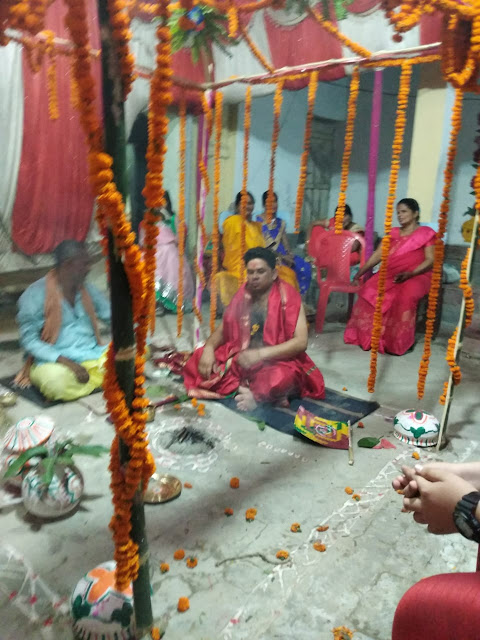 The Barats were then escorted to a hall that itself was bedecked like a bride. Soon after the Barats were made to relax, a host of respectable people approached the sister-in-law of the Bride, Mr. Ashish Jha, the writer and owner of this site to accompany them at a place adjacent to the venue. When he reached at that place, his feet were washed by a gentleman. It is a long tradition in marriage which is still being practised by the Maithil Brahmins. Mr Sanjeev Tiwari, ASM in a Multinational Company was also approached with the same request, to which he(though reluctantly) acceded to. 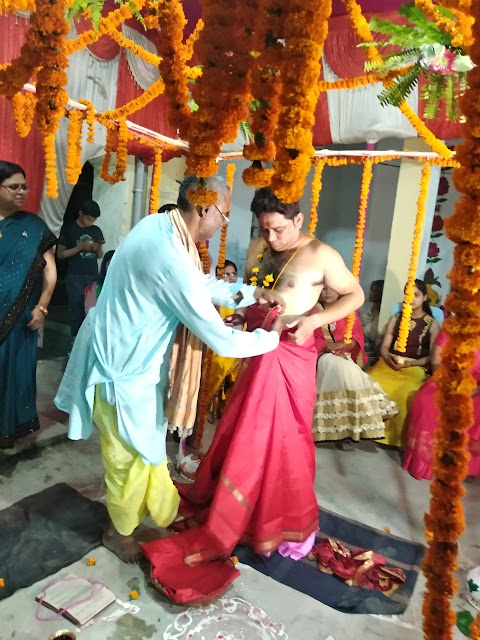 An IIT Post-Graduate and elder brother of Arvind Jha, Mr Pankaj Kumar Jha when contacted said, “It is quite heartening to see all my family members in unison. We all are very happy. We wish both bride and groom a happy and prosperous life ahead. The arrangement here is quite smooth. I appreciate the sense of hospitality of the people here. I am quite confident that the merger of two families will bring prosperity for both the families.” 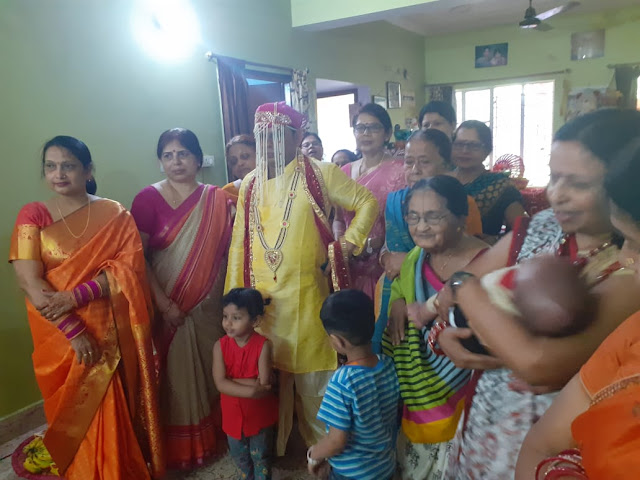 Teacher of the prestigious St. Michael School and elder sister of Arvind Jha, the bride, Mrs. Amita Jha, better known as the intellectual face of the family said, “I could not have asked anything more. We are happy, the parents of the bride are happy, the people have thronged here just to see us, they all are happy. What could have been better than this? I have got good reasons to believe that the people of Bettiah will remember the marriage of my sibling”. 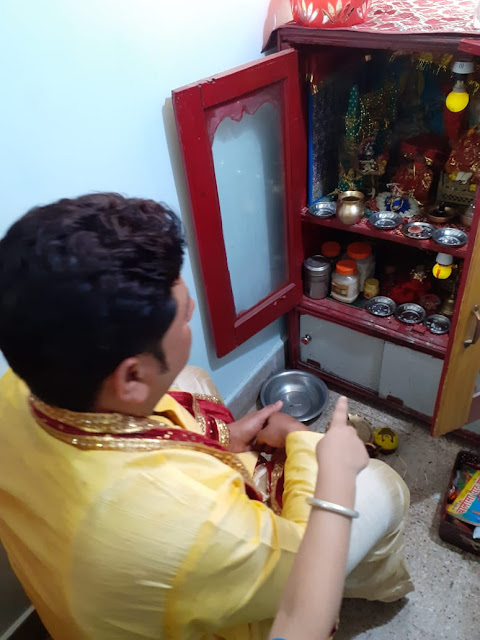 Sushmita Jha, noted teacher of Reasoning and Math and sister of the groom, was overwhelmed with emotions. When contacted, she said, “ I struggle for the apt word to describe my emotional upsurge. It is like a dream coming true. It is like the greatest gift the Almighty God has bestowed on us. It is amazing, it is eternal; it is like a thing of beauty that which will give us joy for ever. Thank you all of you for gracing the occasion.