Behind the Birbal Ki Khichdi


“Birbal Ki Khichdi is a legend which is all time relevant. The anecdote showing a  rebellious yet marvellous effort  before the majesty to ensure social justice to the hard working people, who often get deprived of their rights by the power- that- be goes like this.”,  said Br Birbal Jha, noted author Dr Birbal Jha heading the Lingua Family. 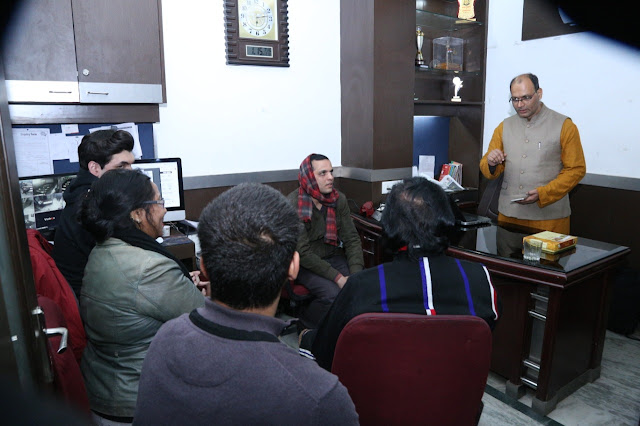 It was winter. The ponds were all frozen. At the court, Akbar asked Birbal, "Tell me Birbal! Will a man do anything for money?" Birbal replied, 'Yes'. The emperor ordered him to prove it.

The next day Birbal came to the court along with a poor Brahmin who merely had a penny left with him. His family was starving. Birbal told the king that the Brahmin was ready to do anything for the sake of money.

The king ordered the Brahmin to be inside the frozen pond all through the night without any attire if he needed money. The poor Brahmin had no choice. The whole night he was inside the pond, shivering. He returned to the durbar the next day to receive his reward.

The king asked "Tell me Oh poor Brahmin! How could you withstand the extreme temperature all through the night?" The innocent Brahmin replied "I could see a faintly glowing light a kilometer away and I withstood with that ray of light."

Akbar refused to pay the Brahmin his reward saying that he had got warmth from the light and withstood the cold and that was cheating.

The poor Brahmin could not argue with him and so returned disappointed and bare-handed.Birbal tried to explain to the king but the king was in no mood to listen to him.
Thereafter, Birbal stopped coming to the durbar and sent a messenger to the king saying that he would come to the court only after cooking his khichdi.

As Birbal did not turn up even after 5 days, the king himself went to Birbal's house to see what he was doing. Birbal had lit the fire and kept the pot of uncooked khichdi one meter away from it. 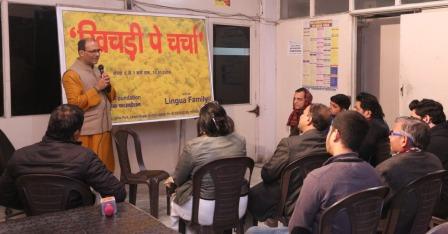 Akbar questioned him "How will the khichdi get cooked with the fire one meter away? What is wrong with you Birbal?"

Birbal, cooking the khichdi, replied "Oh my great King of Hindustan! When it was possible for a person to receive warmth from a light that was a kilometre away, then it is possible for this khichdi, which is just a meter away from the source of heat, to get cooked."
Akbar understood his mistake. He called the poor Brahmin and rewarded him 2000 gold coins.
“Thus, this great story in terms of social justice and logic is an eye-opener to all.’, said Dr Birbal, who had organized Khichdi Pe Charcha ( Discourse on salty Porridge) in Delhi which was well attended by litterateurs, academicians, advocates,  social workers and businessmen under the banner of Mithilalok Foundation, social-cultural organization.

“A mélange of something like food is very much advisable not only in our dietary system but also in our lifestyles and varied cultures India boasts of. The metros in the country have already adopted the mixed cultures signifying the aged old whereas rural areas appear to be more inclined to enjoy the dishes. The current emergence of a political system is also indicative of what is called politically correct alliance in a democratic system.’ added Dr Jha whose ‘Save the Paag Campaign’ was so successful that Government of India issued postal stamp on Mithila Paag in 2017. 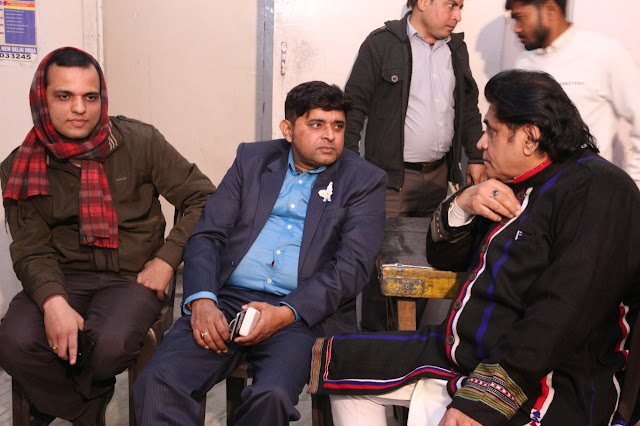 Forty-six-year-old author Dr Birbal Jha regarded as Paagman for his cultural contributions and literary development in the country has been fighting for Social Justice. His latest book is titled as ‘English for Social Justice In India’
By Ashish
Email ThisBlogThis!Share to TwitterShare to FacebookShare to Pinterest