A powerful explosion today in Pakistan's troubled southwest Balochistan province killed 25 people and injured 45 others. In this deadly attack Pakistan's Senate Vice President Bal Bal escaped, though his car got damaged and he was injured. Maulana Abdul Gafur Hyderi was targeted at the Mustang area of ​​the province, when he came out after addressing the people present there after a zoom prayer in a mosque. The area where the blast occurred is about 70 km from the provincial capital Quetta. 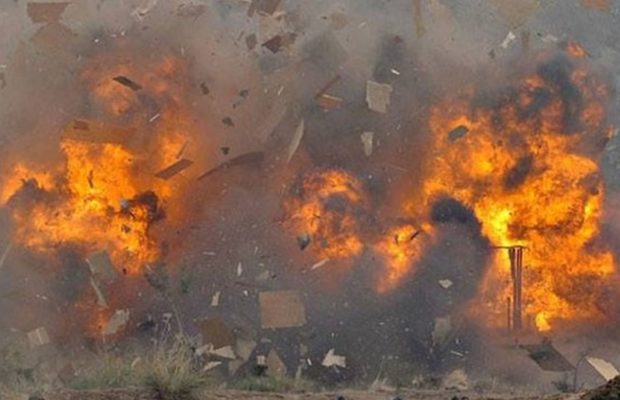 Balochistan Government spokesman Anwarul Haq said, "It was a powerful explosion in which 25 people were killed and 45 were injured. Islamic State has taken responsibility for the attack on its official Amak News Agency.
Kakar said that the car which was attacked by the attackers did not have Hadarri. However, the Senate Director's staff, iftar, were killed with the Mughal driver and two colleagues of the Vice President of the Senate.

Deputy District Superintendent of Mustang Hospital told that most of the people killed were workers of Jameet Ulema-e-Islam (JU-Fazal Group).


Haydari, who belongs to the JU-F, said, "As soon as we came  there was a heavy explosion in the car. I am alive, Allah has saved my life. The explosion happened suddenly, causing me to break the window glass. I'm injured but safe. The driver and other people sitting next to me are badly injured".
-----Sonal
By Ashish
Email ThisBlogThis!Share to TwitterShare to FacebookShare to Pinterest
Labels: News