The International Cricket Council (ICC) raised this year's Champions Trophy prize money by $ 500,000 to $ 4.5 million, of which the winner will get $ 22 million. The ICC announced, "The total prize money of the upcoming ICC Champions Trophy will be $ 4.5 million in England and Wales on June 18 and the winning team will receive a check of $ 22 million in eight teams." The team will receive a check of 11 million dollars, while the other semi-finals will get $ 450,000. The team that holds third place in each group will get $ 90,000, while the finalists in the group will get $ 60,000. 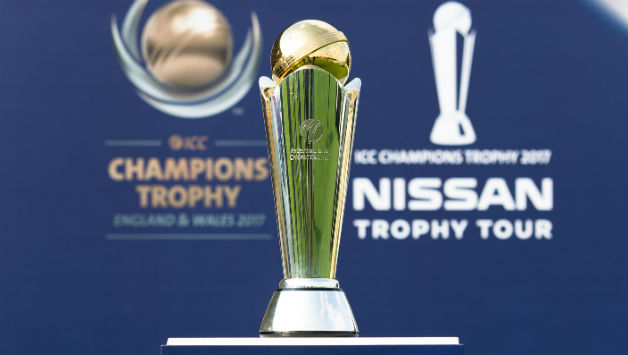 In this tournament, eight teams have been divided into two groups. Team India has been placed in Group B, Pakistan, South Africa and Sri Lanka. Group A is Australia, Bangladesh, England and New Zealand. India will play their first match against Pakistan in Edgbaston on June 4. After this, Team India will face Sri Lanka on June 8. Team India will play against South Africa on June 11 Bangladesh had participated in the ICC Champions Trophy for the first time in the year 2006 and this year they have taken part in the ICC Champions Trophy while retaining the West Indies.
-----Sonal
By Ashish
Email ThisBlogThis!Share to TwitterShare to FacebookShare to Pinterest
Labels: News