Is North Korea the Next Target of Trump?

The US military has dropped its most powerful bomb in the Afghan province of Nangarhhar, which is located on the threshold of Pakistan. But the defense experts of the US believe that President Trump may have targeted the Afghanistan, but his eyes are actually on North Korea. 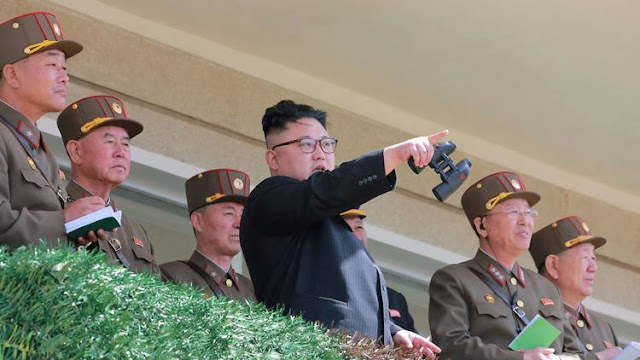 Why ISIS was not the real target?

Many US thinks that if the purpose of the US was to break the back of ISIS then these bombs could be dropped in Syria or Iraq. The reality is that the 'Mother of All Bombings' was not designed against terrorist bases. That is why Bush and the Obama administration never thought of using it against terrorist bases. The US military strategy on at least the paper is to defeat the terrorists by winning the heart of the local population and not just to wipe them out. So dropping against such a powerful bomb terrorists can not be part of this strategy. Even the ISIS is not as big a threat as the Taliban in Afghanistan. The Afghan people, the US Army and the Taliban themselves also take the form of hostility from this organization.

The reality is that 'Mother of All Bombes' was built during the Iraq war. It has been designed to destroy the underground nuclear bases. Apart from Iran, North Korea has also made many such installations. It is no secret that after assuming the power of Trump, the US administration has tightened its stand against North Korea. After meeting China's President in the past, Donald Trump had said two things that if Beijing can not control Pyongyang, then the US will deal with it in its own way. 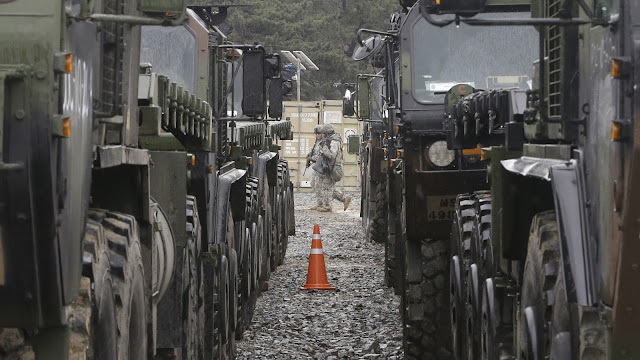 The worry of Washington has raised that North Korea has done three out of a total of five nuclear tests during the last five years. Two of these have been done only last year. The Deputy Foreign Minister of North Korea has made it clear that if needed, his country will not again be able to test the nuclear bomb. With this, America's associate countries such as South Korea and Japan are feeling insecure. There is no coincidence that America has used Mother of All Bombes on April 13. While on 15th April, the dictator of North Korea Kim Jong is the birthday of her.
----Veena Desai
By Ashish
Email ThisBlogThis!Share to TwitterShare to FacebookShare to Pinterest
Labels: News